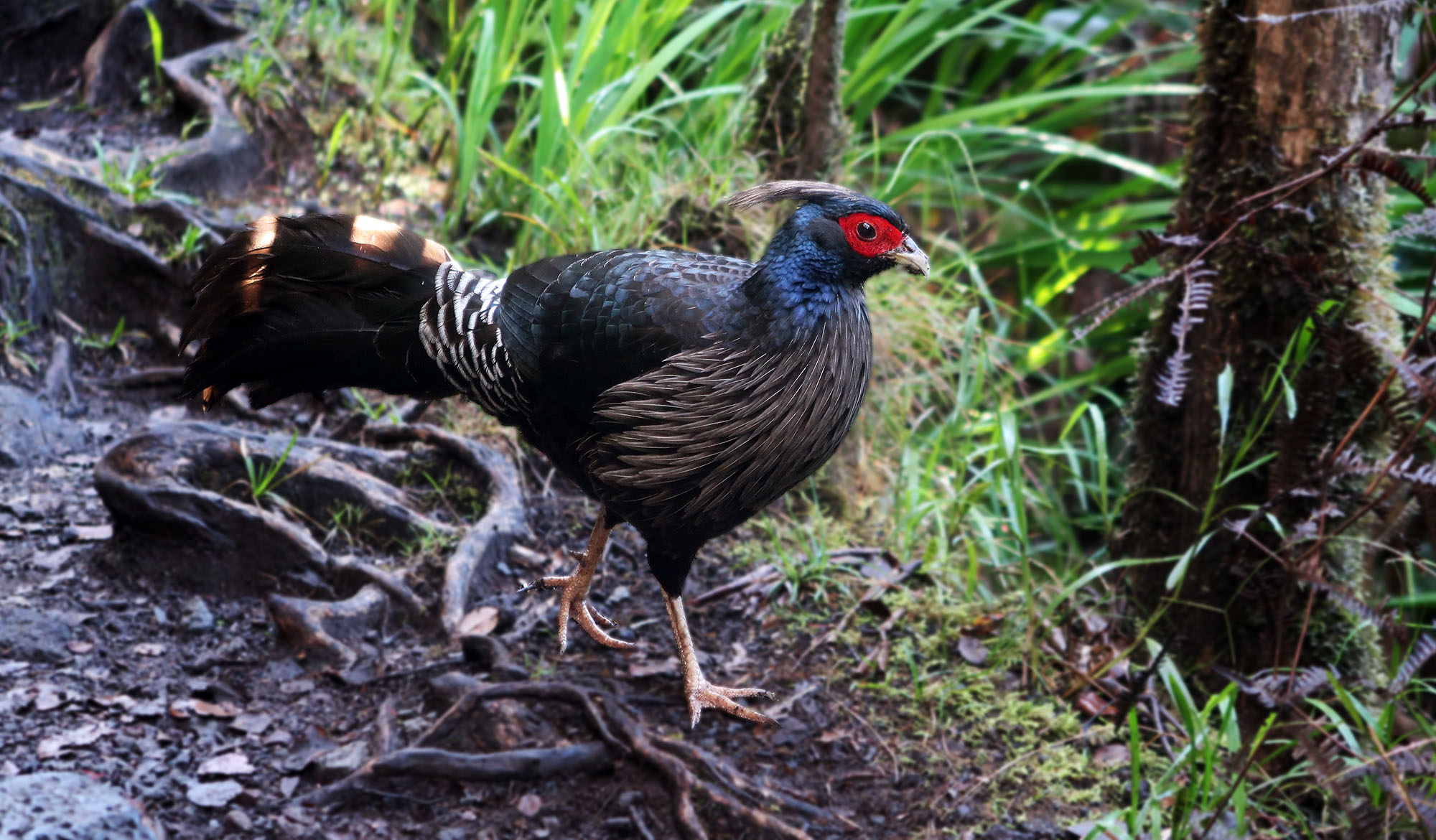 The United States has no shortage of amazing, beautiful volcanoes. And some of them, while dormant, are very much not extinct. Some have erupted within the past century.

All that said, you shouldn’t visit most of these places expecting to see a molten lake of lava. Unless of course, you are visiting Kīlauea! Kīlauea has been erupting, nearly continuously, for the past 40 years. As luck would have it, I found myself on the Big Island of Hawaii at an opportune moment to witness its fresh, spewing lava first-hand. (The name Kīlauea in fact means “spewing”).

I arrived in Hawaii Volcanoes National Park well before dawn. I drove along Crater Rim Drive, following helpful signs to the parking area. And after a short walk through the woods, I arrived.

A few dozen onlookers crowded the overlook. We had roughly a half-hour before dawn’s first light. This was “rush hour” for the volcano-curious.

I left the overlook just as the sun began to make its presence known on the horizon. A quick drive back along the park road brought me to the trailhead for the Kīlauea Iki Trail. My friend living on the Big Island describes this trail as “a little bit of everything the park has to offer”. The route runs roughly 3.2 miles with a gross elevation gain of 740′.

The trail began meandering through lush rainforest along the crater’s rim. The park abounds with tropical flowers and birds. Along this portion, I caught repeated glimpses down into the massive crater the trail eventually crosses.

After three-quarters of a mile, the trail begins its descent into the crater. A series of stairwells make the descent a bit more sure-footed.

Before long you leave the rainforest behind for an eerily flat, crusty plain of solidified lava. Rewind to the early 1950s and this portion of the park featured a deep, forested canyon. Then in 1959 Kīlauea Iki erupted in spectacular fashion. A gushing flow of lava spurted roughly 2000 vertical feet into the air. The canyon filled with molten rock. A nearby massive cinder cone formed. And today, roughly 60 years later, you can walk along this brand new geological formation.

I walked across the smooth, buckled surface of the crater. Just six short decades ago, this rock was liquid. At sunrise, against the backdrop of dark, basalt rock, the plants and trees within the crater appeared incandescent.

Before long I reached the far side of the crater. A short but steep ascent would bring me back towards the parking area.

The Thurston Lava tube lies a very short walk from the car park. As molten lava flows through channels, it cools from the outside inward. Sometimes, the still-molten interior drains away, leaving a hardened “tube” cave. I had experienced these fascinating formations before in Lava Beds National Monument. And here they were again, thousands of miles away.

The tube itself lasted only briefly, perhaps a couple of hundred feet. Then it popped out on the opposite side before the trail circled back to the car park.

In just 3.5 short miles, this hike had treated me to rainforest, views of the erupting volcano, a barren crater floor of fresh basalt, and damp, dark lava tube caves. Indeed, it felt like a little bit of everything Hawaii Volcanoes!