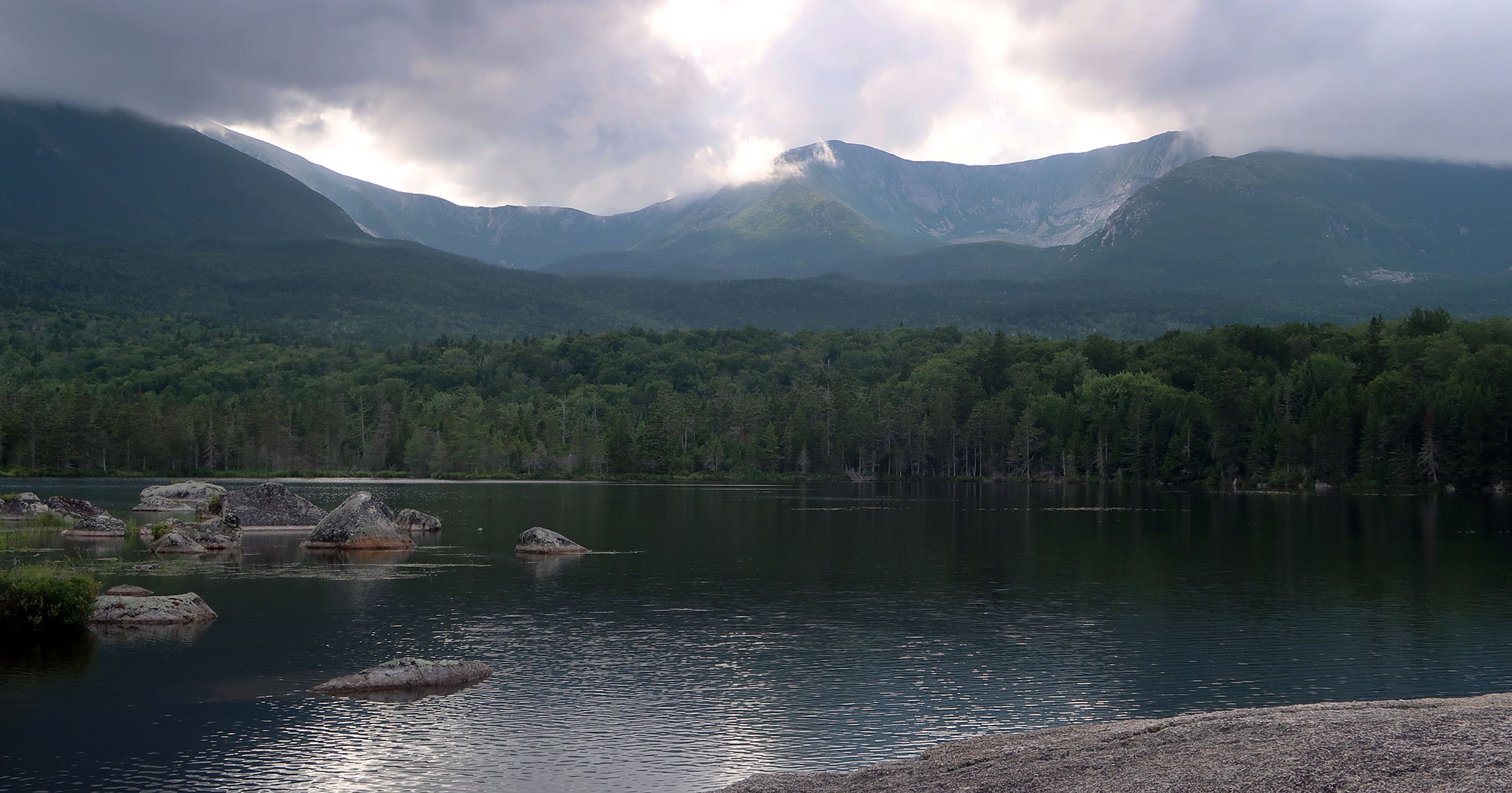 Talk to hikers in the Eastern US and Baxter takes on a seemingly mythical quality. Up there, deep in the heart of the Maine Woods, lies Katahdin. The peak sits surrounded by think, wild forests. The wilderness in turn sits surrounded by vast tracts of forest, like the “hundred-mile wilderness.” It’s the terminus of the Appalachian Trail. The end of the line.

After four hours of driving from Portland, I arrived at the gatehouse for the park. They scanned my camping permit and waved me through. Then I drove perhaps another 30 minutes towards the Roaring Brook campground and trailhead.

The first thing to know about Baxter: it requires navigating some serious red tape. The park allocates a limited number of day-use and camping permits. Mainers have first dibs. Out-of-staters also require an entrance fee. Certain permits sell out months in advance. There are tricks to be tried around phone reservations. Make sure to visit the park website and use the internet to cut through all this.

Setting up camp at Roaring Brook

My plan was simple: tackle the mighty Katahdin in a day hike. The optimal way to do this involves camping out in the park. Day visitors cannot enter until 8 am, and then need to spend another 30-40 minutes driving dirt roads to the parking areas. Campers get choice trailhead spots and can start as early as they like.

I drove up to my lean-to at Roaring Brook and set up camp. Then I checked in at the ranger station to get all the intel on the next day’s hike. This left me with a few prime hours of sunlight left for a quick hike.

On the trail to Sandy Stream Pond

From Roaring Brook, adventurers of all ages have so many great options. You can summit Katahdin. You can begin a multi-day backpacking adventure, heading off miles into the backcountry to ponds and hillsides galore. But the quick out-and-back to Sandy Stream Pond provides a more relaxed and intimate itinerary. This works great for families with small kids, photography fans, or just folks like me with time to kill.

I set off on the mostly flat, just-under-a-mile trek to the pond. A lot of care and attention has gone into this trail. Tons of bog bridging avoided muddy patches. This struck me as prime moose country. And early morning visitors apparently spot moose all the time near the pond.

Moose capture the imagination as Maine’s official unicorn species (I have yet to see one East of the Rockies!). But beavers appear to be the dominant lifeform in the low country surrounding Baxter. Along this short route, I passed numerous beaver dams and lodges.

Less than a mile from the ranger station, the trail reaches the pond. It provides roughly three spots where it pops up to the shore. Some fun bridging takes you along the banks briefly. There are great spots for sunning out or dipping in the water.

Perhaps the most compelling reason to visit this corner of the park: the stunning views of Katahdin. Maine’s highest summit lords over the pond. I sat for the better part of an hour watching dramatic weather form and disperse atop its rocky cirques.

A few groups came and went from my sunning boulder. I met a pair of women who I’d later run into on the Knife’s Edge near Katahdin’s summit.

From the pond, you can “upgrade” your hike in various ways. South Turner provides a rugged ascent to a nearby mountain peak (with 1000′ of vertical gain). Think of that option as “Katahdin Jr”. I continued a ways on the ‘Sandy Stream Pond Trail’ to its junction with the Russell Pond Trail. Then I turned left, back to the campground. This turned the whole affair into a roughly 2.5-mile loop.