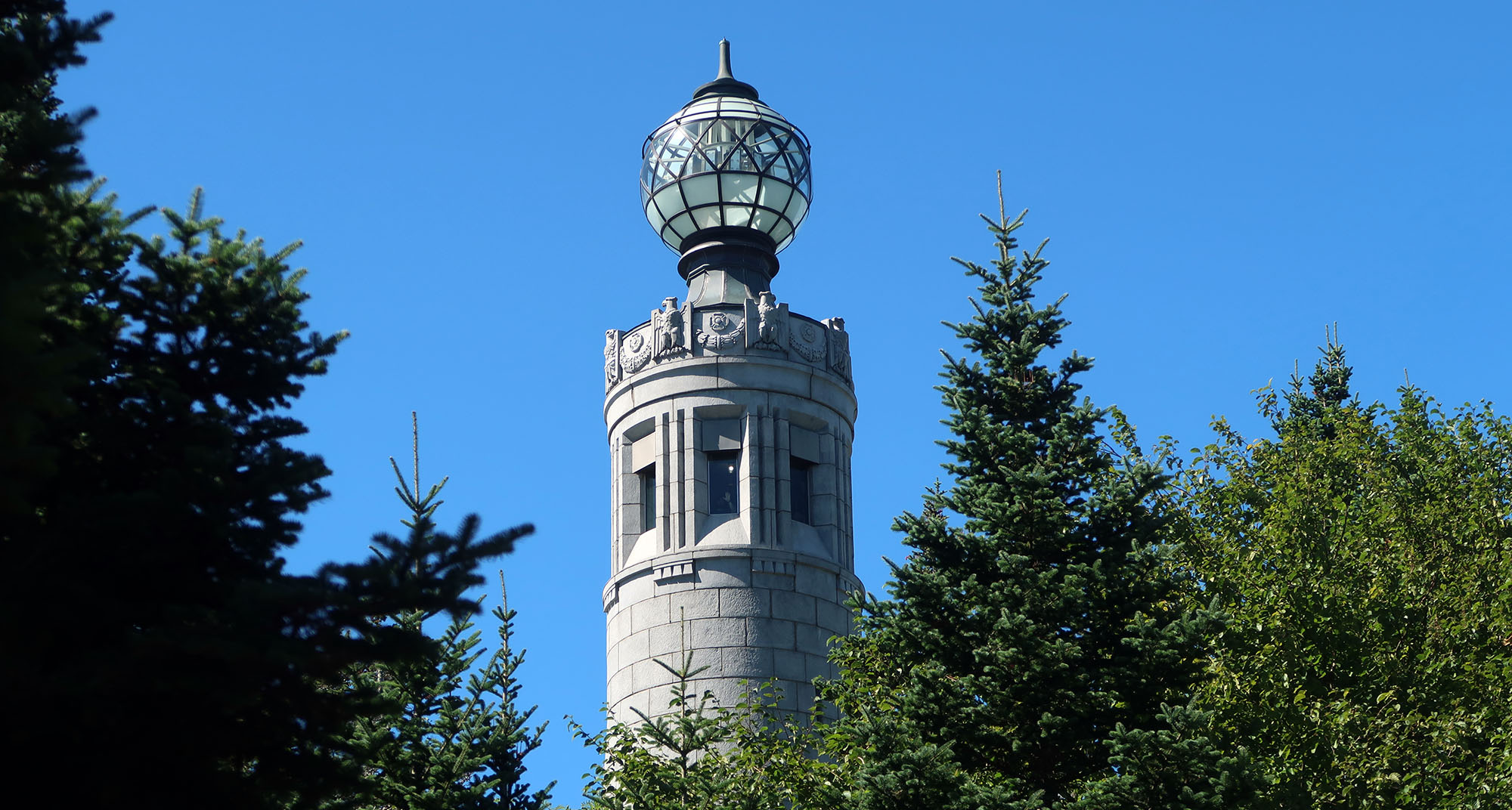 I arrived in Adams, Massachusetts, on the tail end of my New England high point road trip. There amidst rolling farmland and the post-industrial towns of the Berkshires, lies Mount Greylock. The 3,489-foot peak rises head and shoulders above any other summit in Massachusetts.

I drove up through orchards to the Bellows South Trailhead, where my 2200′ ascent to the summit would begin. You can drive to Greylock’s summit most of the year, but I chose to hike its verdant eastern slopes.

The Bellows Pipe Trail ascends over 2000 vertical feet in roughly 3.5 miles. The slope remains gradual throughout, with only a through rocky switchbacks requiring any careful negotiating. The relatively wide trail doubles as a skiing/skin track in winter.

Henry David Thoreaux wrote of this ascent a century and a half ago. In fact, many writers and artists of the time came to the Berkshire region for respite and inspiration. Mount Greylock itself gains mention in the works of Herman Mellville and Nathaniel Hawthorne.

After huffing and puffing up the switchbacks, I reached the upper ridgeline. Here the trail merged onto the famous Appalachian Trail. And having just visited the New Jersey, Maine, and New Hampshire high points, this was my fourth time hiking along the AT in revent weeks.

The trail crossed a paved roadway and climbed slightly higher towards the summit. Through the trees, I caught glimpses of Mount Greylock’s massive Verterans/War Memorial. Pristine granite blocks rose in a curved fashion towards an intricately carved crow. . Atop that, a whimsical glass lighthouse/orb capped off the impressive structure.

I circled the structure taking in the views. Several other hikers and sight seers wandered about the summit. These folks included a large group of AT through hikers. Then I entered the war memorial and climbed its stairwells to the observation level.

In addition to passing reference in 18th century literature, Mount Greylock also plays a fictional role in a 21st century fantasy series. According to J.K. Rowling, this mountain in Massachusetts plays host to Ilvermorny, the American version of Hogwarts. The more you know.

I took in the views before descending back down the mountain. With Greylock, my New England high point tour had come to a close.

2 Replies to “Mount Greylock via the Bellows Pipe Trail”