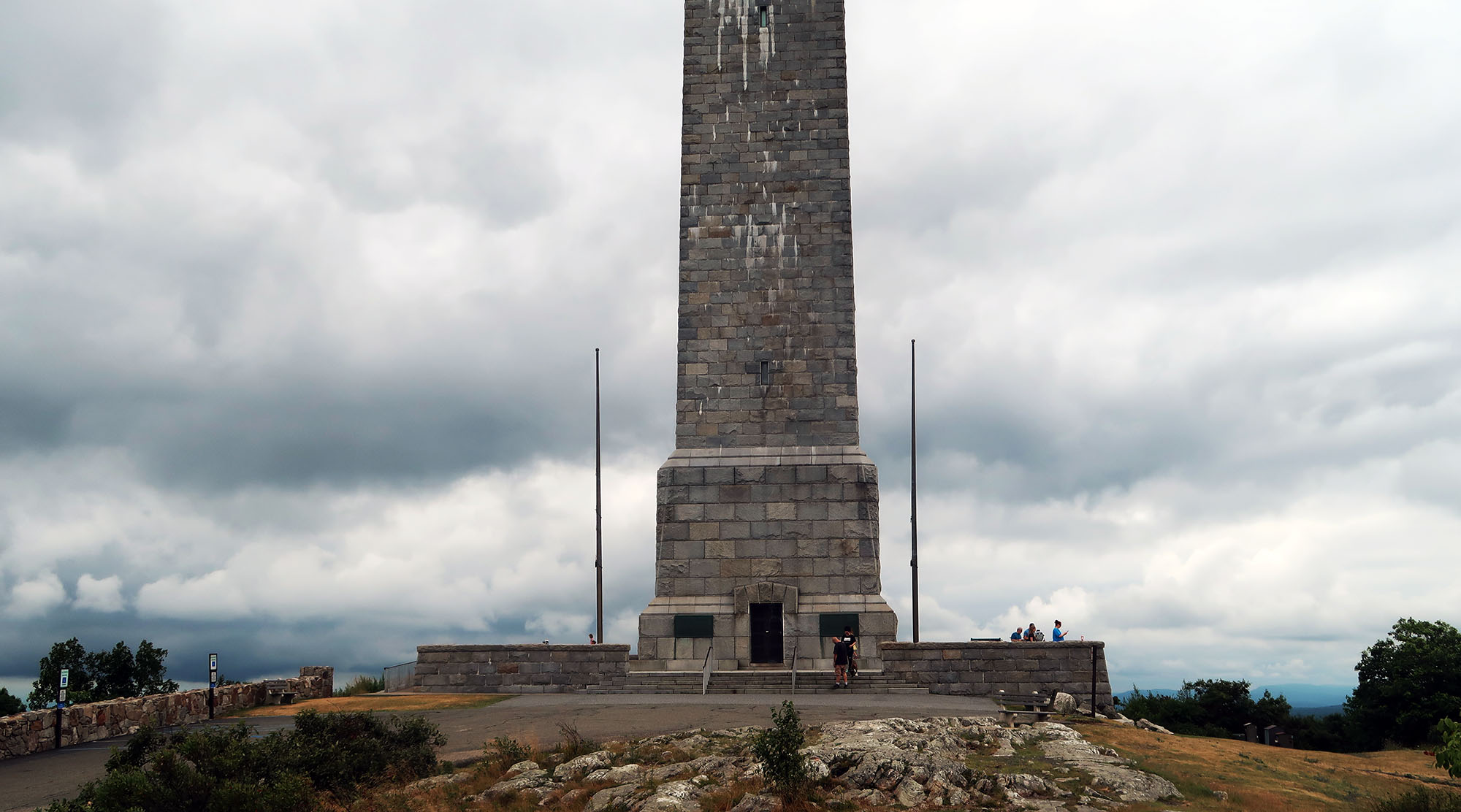 A short journey on the Appalachian Trail

I arrived near High Point, New Jersey, on a rainy Monday in August. This hike would mark the first of seven northeast high points on my summer road trip. I parked alongside a quiet county road just a quarter mile south of the New York border.

You can drive to the summit of High Point, New Jersey. The creatively named summit sits within High Point State Park. It lies just over a mile away from New York State and three miles from the tri-state point with Pennsylvania.

But I set a standard for myself when it came to state high points. I would hike from “the base of the mountain” or some reasonably low trailhead on one. This meant no Cog Railway on Mount Washington. It meant no tour group bus on Mauna Kea. And here in the Garden State, it meant a delightful stroll through the woods and up the ridge on the famed Appalachian Trail.

High Point is not really a proper mountain peak. Instead, it’s a brief rise in a very prominent ridgeline extending through much of New York and New Jersey. In New York, this ridgeline takes the name Shawangunks or just the Gunks. Its extended cliff face hosts some world-famous rock climbing traverses. In New Jersey, they refer to it as Kittatinny Mountain.

Whatever the case, it took me 880 vertical feet over roughly two miles to summit the ridge from the roadway. Not exactly an alpine expedition, but still a decent hike! Soon enough I crossed the road to the summit and headed up the short Monument/Shawangunk Trail.

And just like that, I reached the summit. High Point sits 1803 feet above sea level and provides some far-reaching views over hilly patches of New Jersey, New York, and Pennsylvania. To the southeast, I saw the slopes of Mountain Creek ski area. To the northwest, the small city of Port Jervis, NY.

The war memorial rises an impressive 200 feet above the natural high point. Covered in stains weather-related and otherwise, it has seen better days. It was closed to the public when I visited (but other folks have been inside!). Despite this, the state park still charges an entrance fee to drive up the mountain. I found it all very New Jersey.

I walked about the memorial soaking in all the views. As mentioned before, High Point, NJ sits quite close to the New York/New Jersey/Pennsylvania tri-point (just 3 miles away). The upper Delaware River forms part of this boundary. A curious number of state high points sit near such points of geopolitical degeneracy.

Then I began the pleasant descent back to the trailhead. Along the way I passed a primitive shelter used by “through hikers” on the Appalachian Trail. The AT runs over 2000 miles from Georgia to Maine, and my ‘high pointing’ road trip would lead me back onto the trail several times.