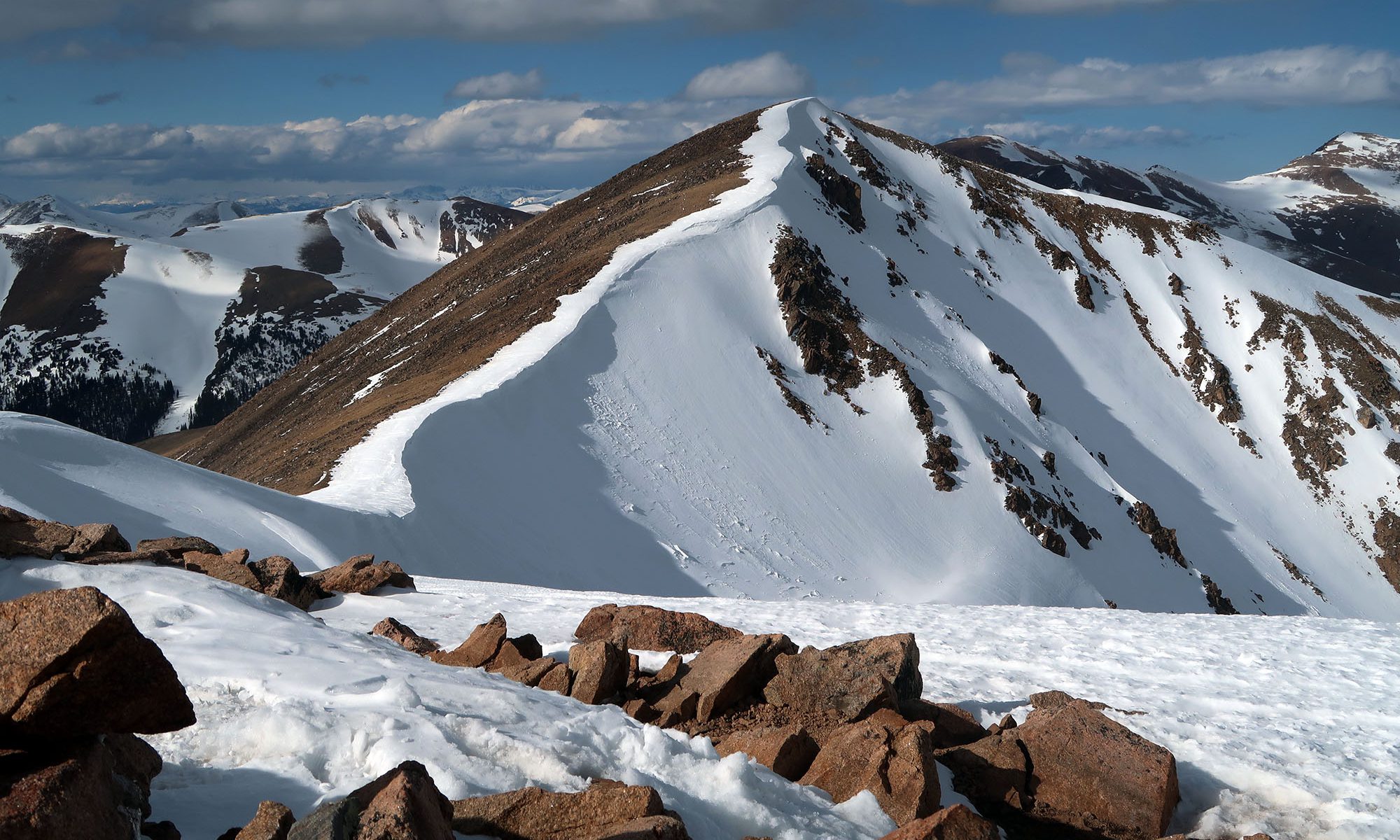 My day began two states over from this hike’s trailhead, in Kansas City, Missouri. I would spend the week slowly making my way across the continent, from New York to California en route to a new job in the Bay Area. Along the way I’d pass through a nation largely under a pandemic-induced lockdown. A few days of empty highways and empty hotels later, I arrived at the midpoint of that journey. With no open bars or restaurants for thousands of miles, the only thing left to do was to take a hike.

My morning drive across Kansas proved surprisingly eventful. A massive thunderstorm rolled in over the Great Plains, and a hail storm pelted ping-pong-sized balls of ice at my car. But after hundreds of miles of this, huddling under the occasional underpass to spare my hood the worst of it, I arrived in Kanorado, the very appropriate border town between Kansas and Colorado.

In addition to not being a boring drive, Kansas is also not flat. The state ramps, very slowly, from 800′ at KCMO to roughly 4,000′ at the Colorado border. This meant I’d already climbed a few thousand vertical feet, without a mountain in sight. The flat plains continued for over a hundred miles into Colorado, until finally, perhaps 40 miles east of Denver, I spotted some topography.

The Climb to Loveland Pass

I sped through Denver on a deserted I-70 and headed up into the heart of the Rocky Mountains. Denver boasts a mile-high elevation, but my poor, hail-pelted vehicle would now deliver me to well past two miles above sea level. The highway wound through the foothills of Golden, Colorado, and then powered up towards the famed Continental Divide. Around 10,500′ I pulled off I-70, just before it ducked under the divide itself, and began the winding journey up US-6 to Loveland Pass, nearly 12,000 feet above sea level. That was the trailhead!

Wind swept through the pass. Aside from some ridge-lines with southern exposure, the surrounding landscape still sported thick, spring snowpack. Some skiers made their way up a boot-pack on the far side of the roadway. Loveland and Arapahoe Basin Ski areas sat dormant on either side of the divide.

If you ever find yourself visiting Loveland Pass, I highly recommend hiking Mount Sniktau. It’s not a famous or important peak for any reason. But it happens to feature a safe, low-mileage route to a 13,000+ foot peak along the divide. And the views are breathtaking. The hiking begins with its hardest push: a 0.8 mile slog up nearly 1000 vertical feet to the ridgeline between Sniktau and Grizzley Peak.

Hiking back east, where I grew up, you spend the majority of your day below tree line. You pass all sorts of small milestones en route: a ledge, a muddy patch, some blowdown. Then you poke up above the trees at the very top and see a giant landscape that was hidden until just that moment. But above tree line in Colorado, the experience is quite different. There are no trees or mud patches or big reveals. There’s just a miles of walking up barren, alpine slopes. Don’t get me wrong: it’s beautiful. But you need to pace yourself, because there’s just a big, monolithic goal in front of you, inching closer with every step.

I finally reached the ridge line. Beyond the rocky landscape, rugged peaks rose up in the near distance. Reigning over this scene was Torrey’s Peak, one of numerous Colorado 14ers.

The trail took a left onto the ridge line, bobbing up and down a couple rolling minor summits. The trail crossed only a couple short stretches of snowpack, vindicating my decision to leave the snowshoes in the car. Strong winds came and went, and I pulled out my balaclava and goggles to press onward. Just then, the wind lifted a massive cloud of spindrift over a ridgeline just below me.

In addition to crossing the continental divide at one of its highest major cols, I-70 and US Route 6 pass through the heart of Colorado’s ski country. And from the ridgeline, I was afforded excellent views of not only Loveland and A-Basin, but also, farther afield, Keystone and Breckenridge. Just behind Breckenridge, I could see Quandary Peak rising above the fray: tomorrow’s target!

Down below me, I-70 snaked its way through the valley, before ducking underneath Loveland Ski area into the Eisenhower tunnel. This tunnel brings the interstate through the continental divide at 11,000 feet above sea level. The tunnel forms the highest point in the interstate highway system.

At the crest of a second minor summit, the final target came into view: Mount Sniktau. A pretty sweet cornice had formed that winter, just to the right of the trail, along its summit ridge.

A short while later I arrived at the very windy summit. The views were pretty epic.

The sun dipped ever lower on the horizon, casting golden light on the snowy landscape. It sort of felt like I was living in the picture on a Coors beer can.

Finally, I reached Loveland Pass, having gone from 800′ above sea level to 13,200′ in a single day. This was in fact a teaser for tomorrow’s adventure: my first Colorado 14er. I figured a brief jaunt to 13K would help fortify the blood system, at least incrementally. The altitude had certainly stressed the system. My blood oxygen began the day at 98%. Back at Loveland Pass, it had dropped to 84%, well below its normal range. I drove down the road to my hotel at 7000′, to allow my body to recover a bit.