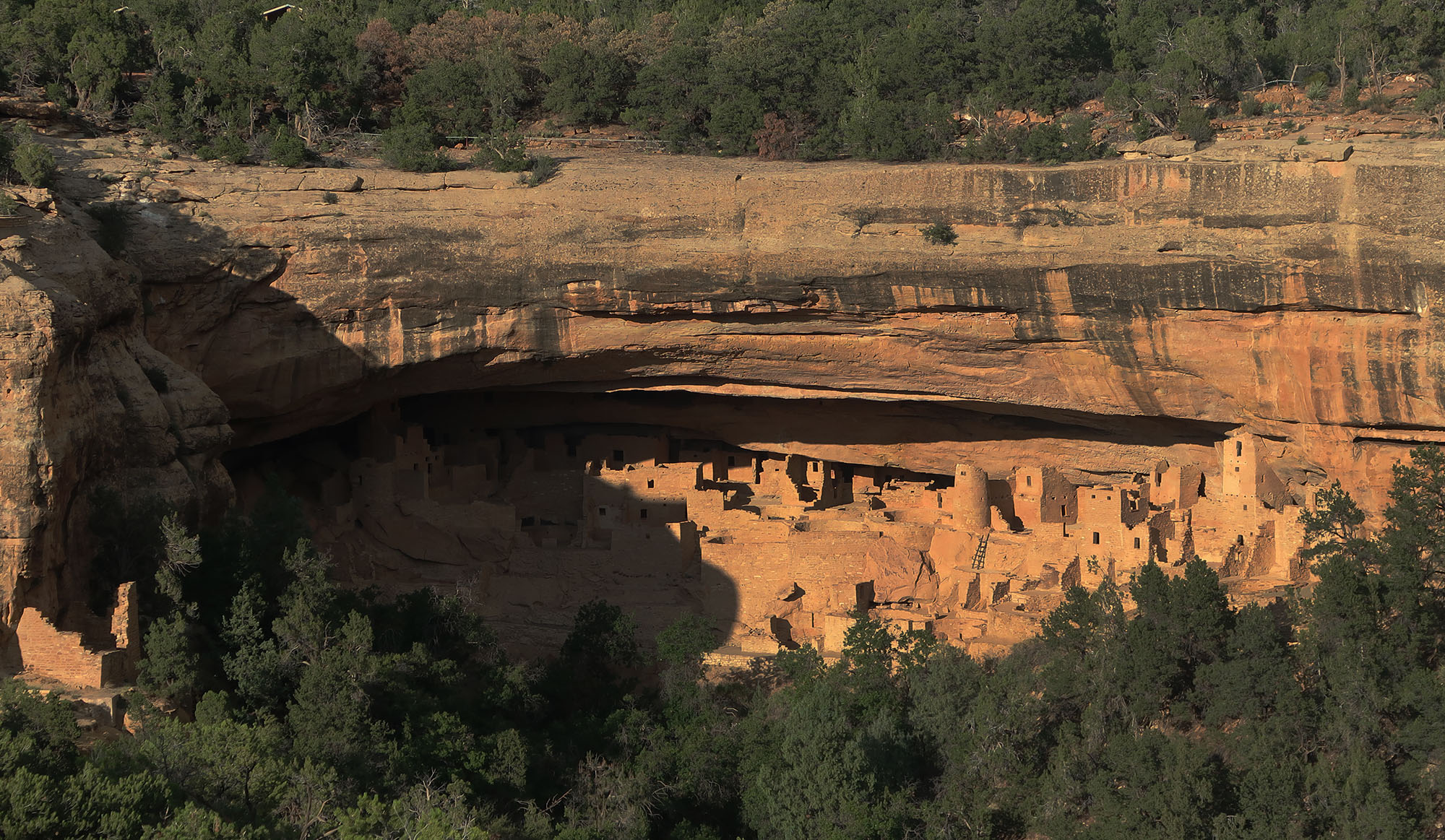 Colorado boasts an impressive roster of four national parks. Everyone knows Rocky Mountain National Park. It ranks among the most popular in the country, with roughly 4.4 million visitors in 2021 alone. But way over in the southwest corner of the state lies Mesa Verde National Park. Mesa Verde ranks as Colorado’s least-visited, but arguably one of the nation’s most unique.

Mesa Verde lies just beyond the Rocky Mountains, rising up over the vast expanse of the “four corners region”. The name is a bit of a misnomer. While its northern edges drop sharply down in the style of a “mesa” (Spanish for “tabletop”), its southern expanses fall off gradually. Thus Mesa Verde National Park actually sits atop a “cuesta”. The more you know.

Sites like “Cliff Palace” and “Square Tower House” (built roughly 750 years ago) steal the show. But the park showcases thousands of years of archeological sites. The earliest structures were mostly simple, subterranean huts located atop the mesa. The various trails and signage fill in a story of slow and steady advancements in pueblo architecture and society.

A driving tour and some light hiking can get you all the views (and photos) you need of Cliff Palace, Spruce Tree House, and other big-ticket sites. But ranger-led tours can get you up close and personal with these incredible sites.

These tours involve climbing up and down ladders along the cliff faces to reach the dwellings. They often allow you to get up, into, and behind the remnants of these fascinating structures. Best of all, they allow you to learn from and ask questions of rangers with years of experience studying these rich archeological sites.

I personally got a chance to tour both Square Tower House and Long House. Square Tower lies off the main park road, and the tours fill fast (they limit to roughly a dozen participants). Long House lies way out off of Wetherill Mesa, away from the main thoroughfare of this already lightly trafficked park. This second tour proved much easier to book, as they can cycle through a larger volume of people.

Depending on when you visit, the big tours worth booking would include Cliff Palace, Long House, Mug House, Square Tower House, and Spring House. Visitors can also sometimes do self-guided explorations of Spruce Tree House and Step House.

It takes over an hour to drive from Durango to Mesa Verde’s core area. Driving even from the nearest town (Cortez) will take roughly 40 minutes. Luckily the park offers a few different overnight options. You can camp under the stars in a park that sits in the center of one of the last great dark sky regions in the lower 48.

But if you’re feeling a bit bougier like I did, you can book a stay at the Far View Lodge. Being a less-visited park, this lovely hotel features very reasonable nightly rates. And the views from your room are nothing short of stunning.

Overall, I deeply appreciated spending a night in the park. This allowed me to spend the first midday/afternoon on the main park road, and the second morning on Wetherill Mesa. Beyond the cliff dwellings and dig sites, you can enjoy ample hiking in the park. One trail took me to a rock face with dozens of petroglyphs.