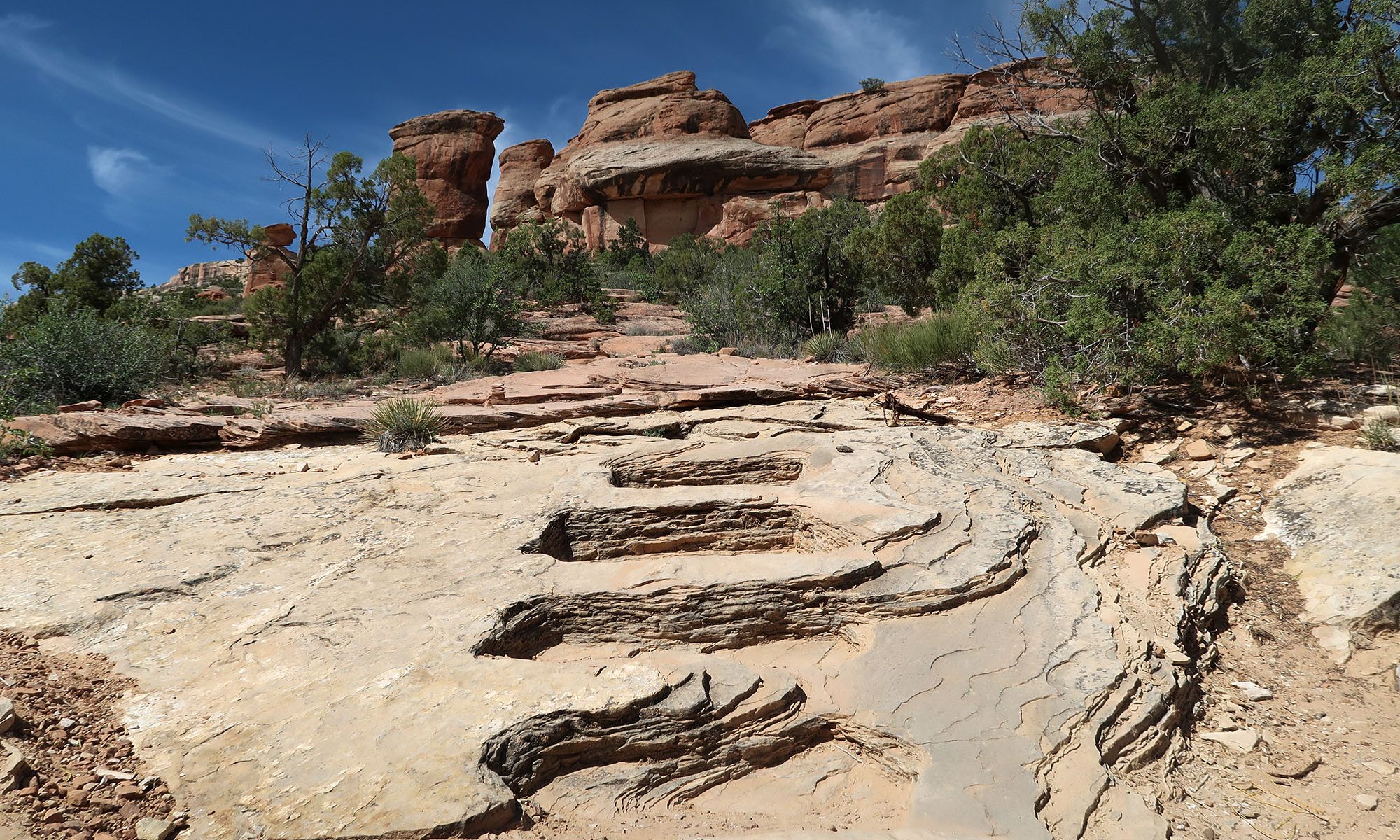 The Devil’s Kitchen trail takes you on a short out-and-back to some super cool rock formations. It lies at the Eastern extreme on Colorado National Monument, near the park entrance. The same car park services the Serpent’s Trail and No Thoroughfare Canyon hikes. I highly recommend the former if it’s not too hot. Devil’s Kitchen proves short and easy and it packs a scenic punch—not to be missed!

The trail dips off the car park towards the southern wall of No Thoroughfare Canyon. It then climbs over perhaps a quarter-mile towards some elaborate rock formations. The wide dirt path features some beautifully carved stone steps.

The trail is a bit steep from here along the rocks, but you never really need to make use of your hands. I saw toddlers having a ton of fun on this trail. I also saw a couple of wary grandparents at the base of the rock ledges. Those two statements nicely bracket the level of difficulty involved.

Towards the top, some fun rock formations seemed to form a couple of weird totem-people having a conversation. I loved how the red/orange rock formations contrasted with the deep blue sky—complimentary colors!

After a short climb, I reached the “kitchen” itself. A hollow among the massive rock formations seemed to form a quasi cave/room/overlook. I found the structure pretty darn cool.

The whole structure seemed like an excellent place for a picnic. The room’s base slopes only gently with many ledges to sit on. The rocks provide ample shade.

After savoring the views and watching some kids scramble around on the boulders, I left the kitchen and headed back the car park. It was now midday, and three short hikes into my visit, I was in need of some snacks and A/C. Next on the agenda was a park tour along Rim Rock Drive.