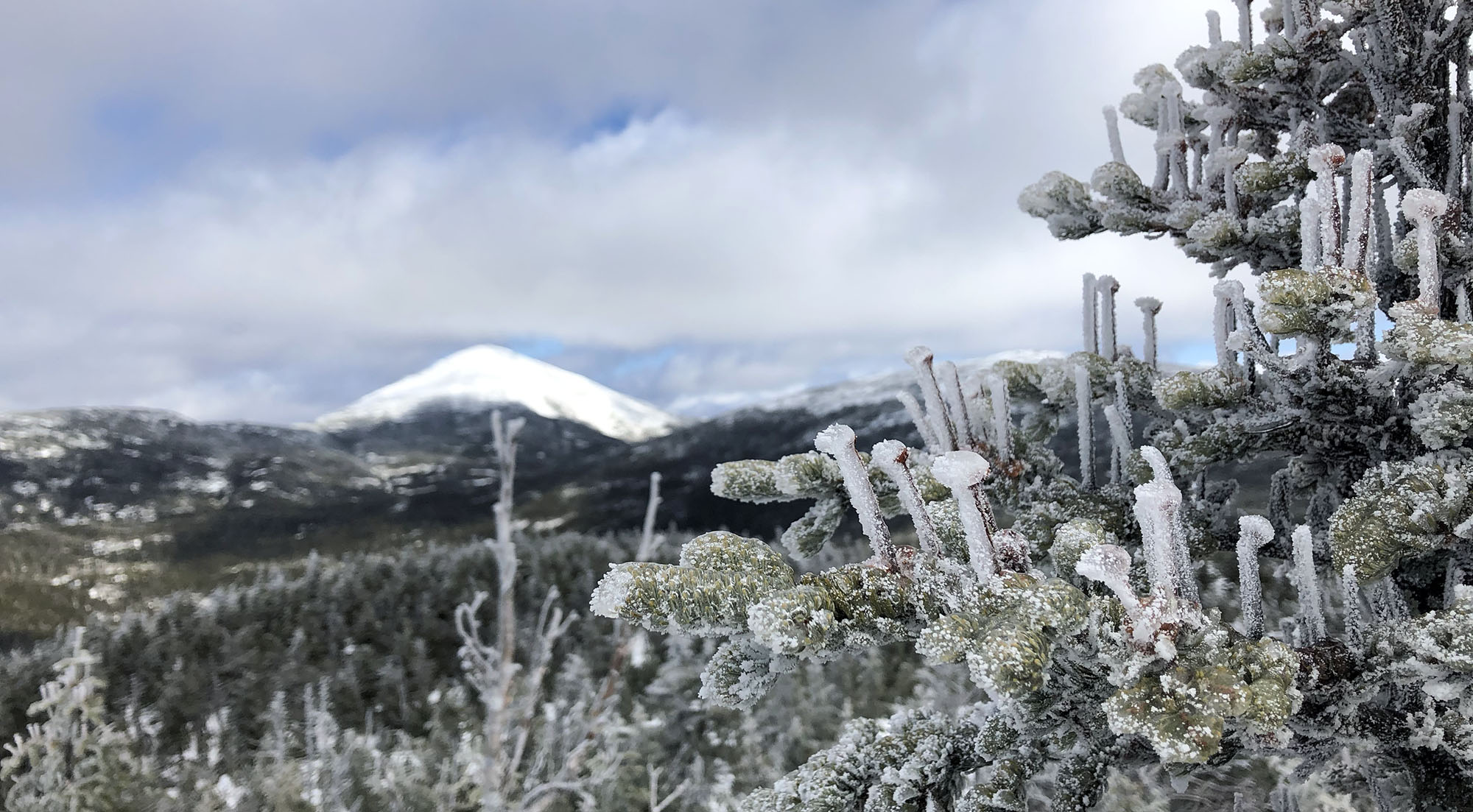 I got an early start from Heart Lake en route to Cliff and Redfield. These peaks lie roughly equidistant from both the Loj and Upper Works trailheads—annoyingly remote either way. The plan involved a traverse to the Uphill Lean-to via Lake Arnold, making fast work of the hike in and gradual ascent. From there I’d tackle my last two summits in the High Peaks Wilderness in height order.

My hike in from Marcy Dam involved something missing from the last few months of hiking: bare ground! Warm weather over the past week had allowed the spring thaw to accelerate. While winter still technically had a week left to go, change was well underway.

I traced more or less the same route I had taken to Colden back in November. The Lake Arnold route involved a bit more vertical than traversing via Avalanche Lake. But I was concerned about the stability fo the ice on the lake and had no idea if the bouldering route along its northern shore was workable.

Eventually I reached the Lake Arnold col, at nearly 4000′, and gazed out onto the coniferous forest tucked between Marcy and Colden.

A couple passed me in the opposite direction. The husband informed me they had just tried to cross the Opalescent and had stepped into the icy snowmelt. After getting their feet soaked, they decided to turn around. This made me nervous.

The stream was perhaps a foot deep and indeed difficult to cross. In summer I’d of marched through with impunity. In winter I awkwardly maneuvered across the few large rocks. I made it to the far side unscathed, but on my way up the snowbank I post-holed into the stream and felt my right foot getting moist.

Had this been mid-winter, or had I planned to camp, this would have ended my hike. But the day was warm, and the breach was mild. I reasoned I’d of produced as much sweat inside that (well-insulated) shoe anyways. I pressed onward.

I arrived at the uphill lean-to and dropped off a bit of equipment there. I left my snowshoes and a thermos of warm energy drink mix. I brought my crampons.

Cliff is somewhat infamous for its namesake cliff band. This band occurs about halfway to the summit and represents the crux of the 800 vertical foot ascent from the fork with Redfield. I brought my crampons because the scramble is known to be icy and exposed, particularly in late March after a season of freeze/thaw conditions. That said, I found the scramble entirely manageable, and not nearly as exposed as Saddleback or Gothics.

From there the trail meandered over a gently sloped false summit and then back through the woods to Cliff’s true summit. Said summit featured not-so-terrible views towards Colden.

I descended back to the col passing a few groups of hikers on the way. I asked each one about fording the Opalescent, but each one of them had come from Upper Works. Beyond this, all of them managed the cliffs just fine in spikey snowshoes.

Back at the col, I swapped my crampons for snowshoes, and pushed back up towards Redfield. Redfield stands a few hundred feet taller than Cliff and in the summer is known from a very muddy approach along a brook. March snowpack made this experience a lot cleaner and more straightforward. That said, the icy brook had begun to thaw, and I was worried about breaching in some spots. Luckily this did not occur.

I didn’t expect much from this remote, trail-less peak. But the views were actually quite nice. Marcy loomed large in the near distance, just behind Skylight. Deep snow still coated both summits giving them a Rocky Mountain kind of look.

A short while later, I reached the summit of Redfield, which featured excellent views in most directions as you move about the krummholz. The Great Range sprawled towards the west. Even Allen was on full display (for once).

A treacherous return from Cliff and Redfield

I descended the peak, feeling pleased to have bagged Cliff and Redfield, an infamously long and grinding day hike. Mid descent I finally crossed paths with another hiker who had come from the Loj. He told me the passage over Avalanche Lake was still solid. So I decided to avoid the Opalescent crossings and head down via Lake Colden and Avalanche Pass.

This was a mistake. When I reached Avalanche Lake I discovered a world in transition. The icy surface of just a week ago had begun to deteriorate in the baking sun. I knew traveling across the lake would be a big mistake.

The next mile proved quite nerve-wracking. It alternated between venturing out into the snow and ice along the lakeshore and ducking back towards the boulders and ladders of the summertime scramble. The latter route presented its own dangers. The unpacked, deep snow often betrayed my feet, which even in snowshoes collapsed into the gaps between the rocks. Above my head, melting snow and ice came crashing down from the high cliff bands of Avalanche Mountain in a discomfortingly stochastic fashion.

Eventually I reached the far side of the lake, breathing deep sighs of relief. From there it was a hot, sweaty slog through slushy snow to Marcy Dam and the Loj. My final central high peaks adventure was now in the books.