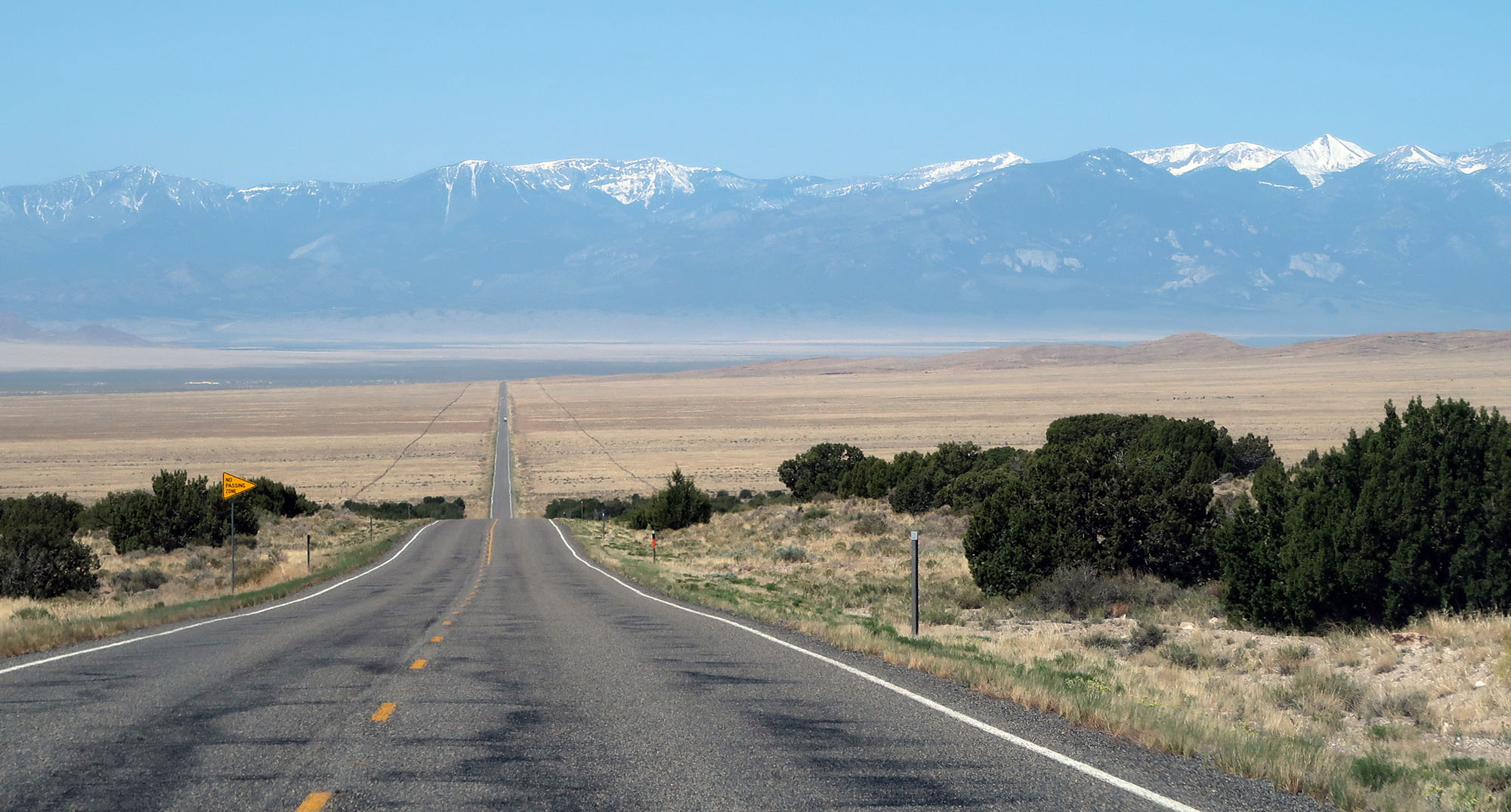 This blog usually features my outdoorsy, human-powered adventures (e.g. hiking). That said, I thought it appropriate to share my journey from New York to California along an empty I-70 in May 2020. The country had ground to a halt in the midst of the COVID-19 epidemic. My lease was up in NY and I had begun a new job on the West Coast. Not eager to fly, I decided to make the journey Steinbeck style. So I packed up my newly acquired Subaru and headed West.

The fastest way from New York to San Francisco lies mostly along Interstate 80. But I-80 crosses the Rockies in Southern Wyoming—arguably the least awesome way cross the Continental Divide. Instead, I chose I-70 which brought me through Columbus, Kansas City, and Denver. While some of the Eastern States had some scenic high points, the real fun began when I hit the Rockies. Below are some highlights.

Colorado began as an extension of Western Kansas. I found Kansas pretty cool since I drove it during a massive thunder and hail storm. But the experience was not especially photogenic.

Roughly 50 miles East of Denver, I finally spotted some long-needed topography. The Front Range of the Rocky Mountains suddenly appeared through the haze. It rose over the plains of Eastern Colorado (confusingly, also called the Front Range).

I sped through Denver along a mostly empty I-70. The entire trip, from crossing the Hudson to arriving in San Francisco Bay featured nearly empty roadways. This was a weird silver lining of the early pandemic.

After Denver I-70 climbed rapidly into the heart of the Rockies. From Kansas City, MO to Denver, CO the Great plains rise, imperceptibly, from near sea level to 5,280 feet. Then in the course of a few dozen miles that altitude more than doubles.

This rapid ascension culminates in the Eisenhower tunnel, where I-70 crosses beneath the continental divide amongst ski areas and 14er peaks. At 11,000 vertical feet above sea level, the tunnel comprises the highest point in the entire interstate highway system (also named after Eisenhower). This tunnel, along with the passage through Glenwood Canyons, were among the last key pieces of the system to be built, and represent some serious 20th-century engineering.

The Continental Divide and the Rockies

I actually peeled off the interstate just before this tunnel. Instead of crossing beneath the divide, I decided to drive over it through Loveland Pass. The pass sits at nearly 12,000 feet above sea level and would thus become the literal high point of my cross-country trip. In early May the landscape surrounding the pass was entirely snow-covered. Backcountry skiers were out in force that day. That said, nearby resorts (Loveland and Arapahoe Basin) sat dormant due to the pandemic.

I spent a night in the Rockies, and climbed my very first Colorado 14er the next day: Quandary Peak. Traveling from near-sea level to 14,000 feet in less than 48 hours was quite an interesting experience. Thanks to my new pulse oximeter (a recent COVID-related purchase) I could measure my blood oxygen percentage. At the peak, it dipped to roughly 65%.

From there, I continued westward along I-70. The road descended past Vail and Beaver Creek ski areas. It then dipped into Glenwood Canyon, where snow was replaced by rushing waters and lush greenery. The drive through the Canyon was breathtaking, as far as interstates go.

Western Colorado was somehow even more gorgeous than the Rockies that day. Snow had given way to lush greenery. And then lush greenery likewise ceded ground to dry, red rock and dramatic mesas.

I-70 through Southern Utah

I spent two nights in Grand Junction, Colorado. In between, I spent a day exploring Colorado National Monument, one of the few points of interest open in early May. the following day would be my longest of the road trip, heading from Grand Junction to Reno, NV in one shot.

Soon I crossed into beautiful Southern Utah. Sadly, the nearby national parks were all closed. But the nearly desert highway sported some rather epic views anyways.

The landscape could only be described as vast. I zoomed along an empty interstate and soaked in the incredible scene. Entire Eastern States could likely fit into some of the valleys I saw. The highway wound its way around the dramatic, rocky topography.

End of the interstate and on to US 50

Eventually I neared the end of Interstate 70. The fastest route to California involved pulling up to I-80 via Salt Lake City. Instead, I took US-50, which crossed straight through the deserted center of Nevada.

Before reaching Nevada, I passed Sevier Lake. The “lake” here is intermittent, meaning it only fills with water on rare occasions. As of today, it’s merely a giant flat expanse of packed dirt.

I crossed a small mountain range and saw US 50 sprawl forward seemingly to infinity, just before another large mountain range. In between was perhaps a farmhouse or two, but no one was in sight.

Nevada and the Loneliest Road in America

Eventually Utah ended and US 50 continued into Nevada. Here the road was literally advertised as the “America’s Loneliest Road”.

In my head I pictured Nevada as sandy desert speckled with shrubs and cacti. Instead I found an endless, massive washboard pattern of giant valleys followed by snow-capped mountain ranges. The ranges ran North/South so US-50 seemed to intersect all of them at a right angle.

Nevada is Spanish for “snow capped.” In early May, along US 50, crossing an endless series of massive, snow-capped peaks, this proved very appropriate.

For a two-lane country road, US 50 drives super fast. In fact, large sections featured 80 mph speed limits, making it substantially faster than any Eastern interstate. I drove past a cop at roughly 90 mph with impunity. On one of many straight, empty, downhill stretches, I pushed the car to 100 mph, just because I could do so without losing my license.

Crossing into California along Lake Tahoe

Nevada was massive and empty but I never got bored. The endless valleys and mountains were enchanting. But sadly it eventually ended in Reno. I spent the night before waking up super early to head into California. I wanted to experience Tahoe at Sunrise.

I crested a pass through the Sierras and caught my first glimpse of Tahoe. A full moon still hanging over the alpine lake. Massive pine trees were silhouetted against the morning sky. Snow-covered peaks were lit up with morning alpenglow.

Soon thereafter I crossed the state line into California. My road trip was sadly near an end. From there I had just a few short hours of driving through the Sierras and California’s Central Valley. What an incredibly journey it was.